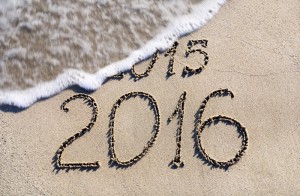 2015 was quite a year for me. I left traditional publishing to go indie and launched a new paranormal romance series, Nocturne Falls. It was a big departure from the darker urban fantasy I’d been writing, but at the same time, much truer to my natural story telling voice.

I put out four books, two shorts, and two audio books, making 2015 my most productive year to date. Of course, I started writing the first Nocturne Falls book in 2014, so it didn’t all happen in 2015.

I learned a ton. A ton. I didn’t know anything about audio books at the beginning of the year, but I learned and with the help of my fabulous narrator, BJ Harrison, put out the first two Nocturne Falls books. And now I know audio is a whole new market and an important piece of my career puzzle. I will continue putting my books into audio as long as readers (listeners?) want them and sales keep up. I anticipate the next three Nocturne Falls books will be live in audio within six months.

For 2016, it’s going to be more of the same but also some new. I’m hoping to add a second series to the Nocturne Falls world, this time with more of a mystery/light urban fantasy feel. It will have the same fun, light-heartedness the current series has, just with some new main characters and story lines.

And now, I must get back to work…