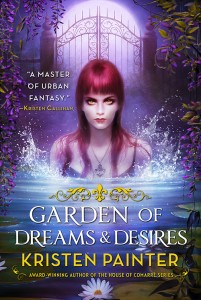 New Orleans is on the brink of war.
Harlow is a ghost in her own body. She has no control, no power — all she can do is watch as her twin sister Ava Mae lives recklessly and foolishly, slowly destroying everything Harlow has worked so hard for.
Augustine needs to focus on his new role as Guardian of New Orleans, as tourists mysteriously disappear off the streets, but all he can think of is rescuing Harlow — Keeping his family safe.
As the Coven grows more powerful, control of the city hangs in the balance and if the witches prevail, no fae will survive. 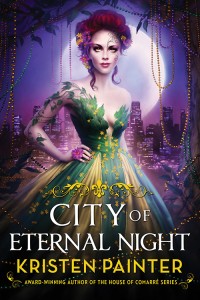 In beauty there is chaos.

Mardi Gras approaches, bringing with it hordes of tourists eager to see the real-life Faery Queen holding court atop her festival float. When the Queen is kidnapped, it’s up to Augustine, the fae-blooded Guardian of the city, to rescue her before time runs out.
But Augustine’s mystifying protégée, Harlow, complicates the task by unintentionally aiding the forces of evil, drawing danger closer with each step. The Queen might not be the first to die…
BUY NOW: Amazon | B & N 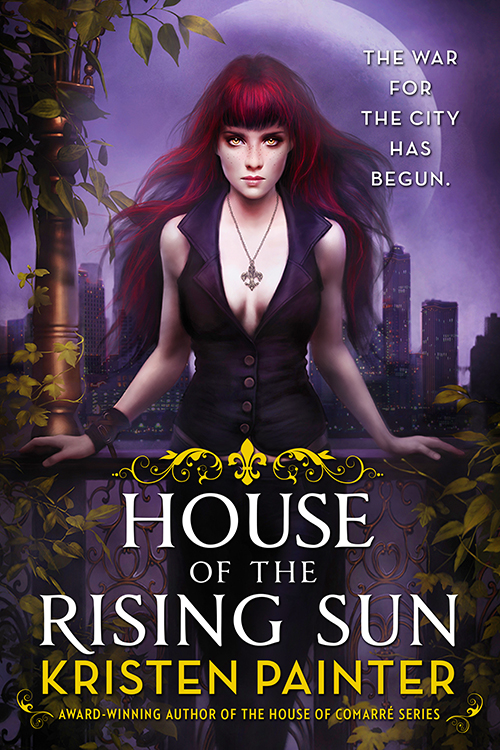 The war for the city has begun.

Augustine lives the perfect life in the Haven city of New Orleans. He rarely works a real job, spends most of his nights with a different human woman, and resides in a spectacular Garden District mansion paid for by retired movie star Olivia Goodwin, who has come to think of him as an adopted son, providing him room and board and whatever else he needs.
But when Augustine returns home to find Olivia’s been attacked by vampires, he knows his idyllic life has comes to an end. It’s time for revenge — and to take up the mantle of the city’s Guardian.
Then Olivia’s estranged daughter, Harlow, arrives. She hates being fae, but her powers are exactly what Augustine needs to catch the vampires. Can he convince her to help him in time? Or will the sparks between them send her running again? 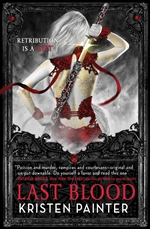 Retribution is a gift…

In the final showdown between the forces of dark and light, Mal and Chrysabelle face not only Tatiana, but the ancient evil that now controls her: the Castus Sanguis. Chrysabelle gathers her friends and family around her, forming a plan to bring an end to the chaos surrounding them. But the Castus is the most powerful being they’ve ever come up against. Defeating such evil will require a great sacrifice from someone on the side of light.

One of them will change sides. One of them will die. No one will survive unscathed. Can Chrysabelle save those she cares about or will that love get her killed? What price is she willing to pay to draw last blood? 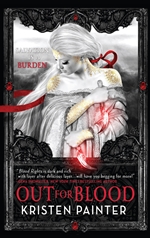 Salvation is a burden…

After nearly dying at the hands of the Aurelian, Chrysabelle finds new determination to move beyond life as a comarré. That is until the Kubai Mata bring a new task to her doorstep: rescue the child Tatiana has kidnapped, or Mal becomes enemy number one. 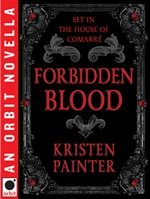 Set in the world of the House of Comarré, Kristen Painter gives us a new novella about the price of freedom.
Maris’s life as a comarré has come down to three options: escape her patron and spend the rest of her days looking over her shoulder, fight him for her freedom with the understanding it could mean her death or undergo dangerous experimentation to transform her blood into something even more powerful.
Before she can make a decision, she discovers the vampire who’s been charged with sunproofing her blood isn’t so fond of her patron either. In fact, Dominic is unlike any vampire she’s ever met, but is she desperate enough to put her trust in another noble? Her heart says yes… 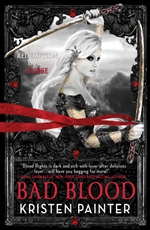 Redemption is a curse…

Samhain approaches, bringing with it the final melding of the mortal and othernatural worlds. No one knows just how much power the night holds…

Violent murders occur in Paradise City as counterfeit comarré are systematically hunted. The police and the Kubai Mata have more than enough trouble to keep themselves occupied. As war erupts at home, Malkolm and Chrysabelle head to New Orleans to recover the Ring of Sorrows. Chrysabelle is forced to make a life and death decision and will realize that her relationship to Malkolm may have fatal consequences. 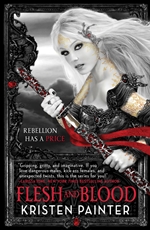 Sacrifice is a choice…

With the ring of sorrows still missing, and the covenant between othernaturals and mortals broken, Chrysabelle and Malkolm’s problems are just beginning. Chrysabelle still owes Malkolm for his help, but fulfilling that debt means returning to Corvinestri, the hidden vampire city neither of them is welcome in.

The discovery that Chrysabelle has a brother could mean reneging on her promise to Malkolm, something that might make him angry enough to loose the beast living inside him. And fulfilling her vow could prove devastating for Chrysabelle — especially when you throw in power hungry witches, dead fringe vampires, and the Kubai Mata. 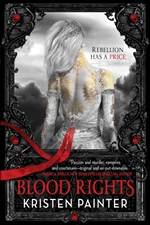 Rebellion has a price…

Born into a life of secrets and service, Chrysabelle’s body bears the telltale marks of a comarré — a special race of humans bred to feed vampire nobility. When her patron is murdered, she becomes the prime suspect, which sends her running into the mortal world…and into the arms of Malkolm, an outcast vampire cursed to kill every being from whom he drinks.

Now, Chrysabelle and Malkolm must work together to stop a plot to merge the mortal and supernatural worlds. If they fail, a chaos unlike anything anyone has ever seen will threaten to reign.